There are a few small bugs in Windows 10 that, despite being small bugs, manage to irritate the hell out of me.

This is a peculiar one, as it happens on my desktop, but not on another PC. The bug is simple: while GeForce Experience is installing a new driver, the icons on my desktop are automatically rearranged (as if 'Auto arrange icons' was turned on and then off again). (I only mention GeForce experience, as that's how I get my driver updates.) Now, I keep some frequently used shortcuts near the right edge of the screen, so having them automatically moved from there and mixed in with the other icons is annoying to say the least. And, nVidia release driver updates fairly frequently so it is at least once a month it happens.

Since it doesn't happen on my laptop, I can only guess it's related either to using 125% DPI or having an external display.

When you reach the bottom of a command prompt, the active line ends up being half cut-off. 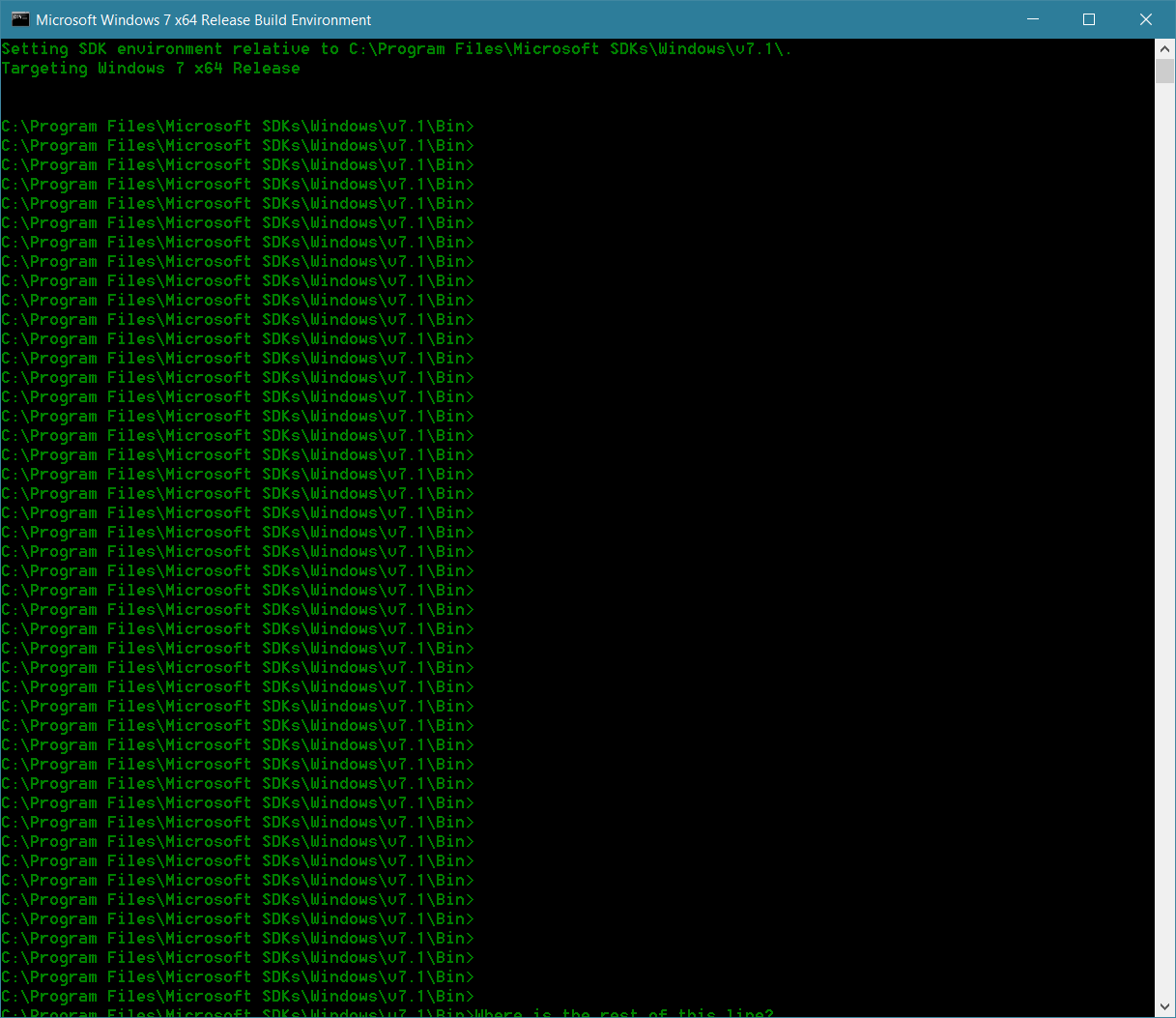 You can scroll down, but it will just happen again when you next reach the bottom of the window. My best guess again is that this is a high-DPI bug, since it doesn't happen on my laptop (which is set to 100% DPI).

3. Pressing Ctrl on the lock screen doesn't always bring up the login screen

4. It wakes up in the middle of the night to finish installing updates

My laptop is in my bedroom. If I hibernate it, Windows likes waking up in the middle of the night to finish installing pending updates. So, I get woken up by the sound of the laptop's DVD drive initialising and a glaring display. I have no idea who thought this would be a good behaviour – Windows 10 giving me sleep problems ranks among the worst problems it could give me. I don't even think it installs the updates properly (or it wakes up early and does nothing for a fair while). I haven't found a way to disable this behaviour, so I've resorted to using shut down instead. My laptop is left connected to the mains, if it matters (I hope it does, since it'd be even worse if it happens when running on battery, or the laptop was in a laptop bag, say).

All of these problems are current, on fully up-to-date Windows 10 installation as of today (28 March 2016).

If you've written Python code using an IDE, you might have found that the IDE does a reasonable job at inferring types of function arguments and return values. But, you may have also run into instances when the IDE failed to deduce the type

I came across an interesting problem recently. I was editing some environment variables on a Windows 10 PC, using some third-party software. After doing that, a few things started behaving oddly, such as some system programs would not open. Things got worse after rebooting: