This one has been an ongoing problem for at least several months. I have been able to reproduce it on every Windows 10 PC I encountered, and there are references to the problem all over the internet. And yet the problem still exists on a fully up-to-date installation of Windows 10.

The problem is simple. In Performance options[1], there is a setting called ‘Animate windows when minimising and maximising’: 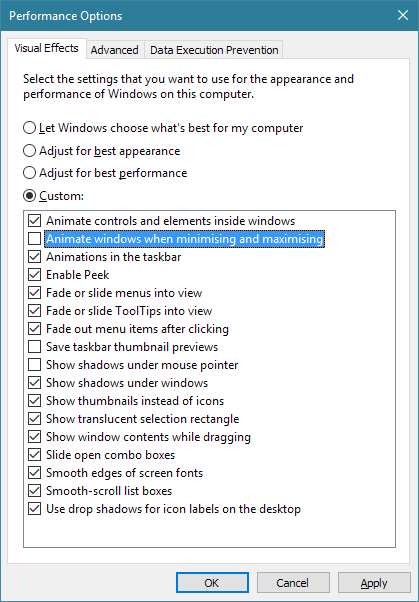 If it is turned off, you get this for a lock screen: 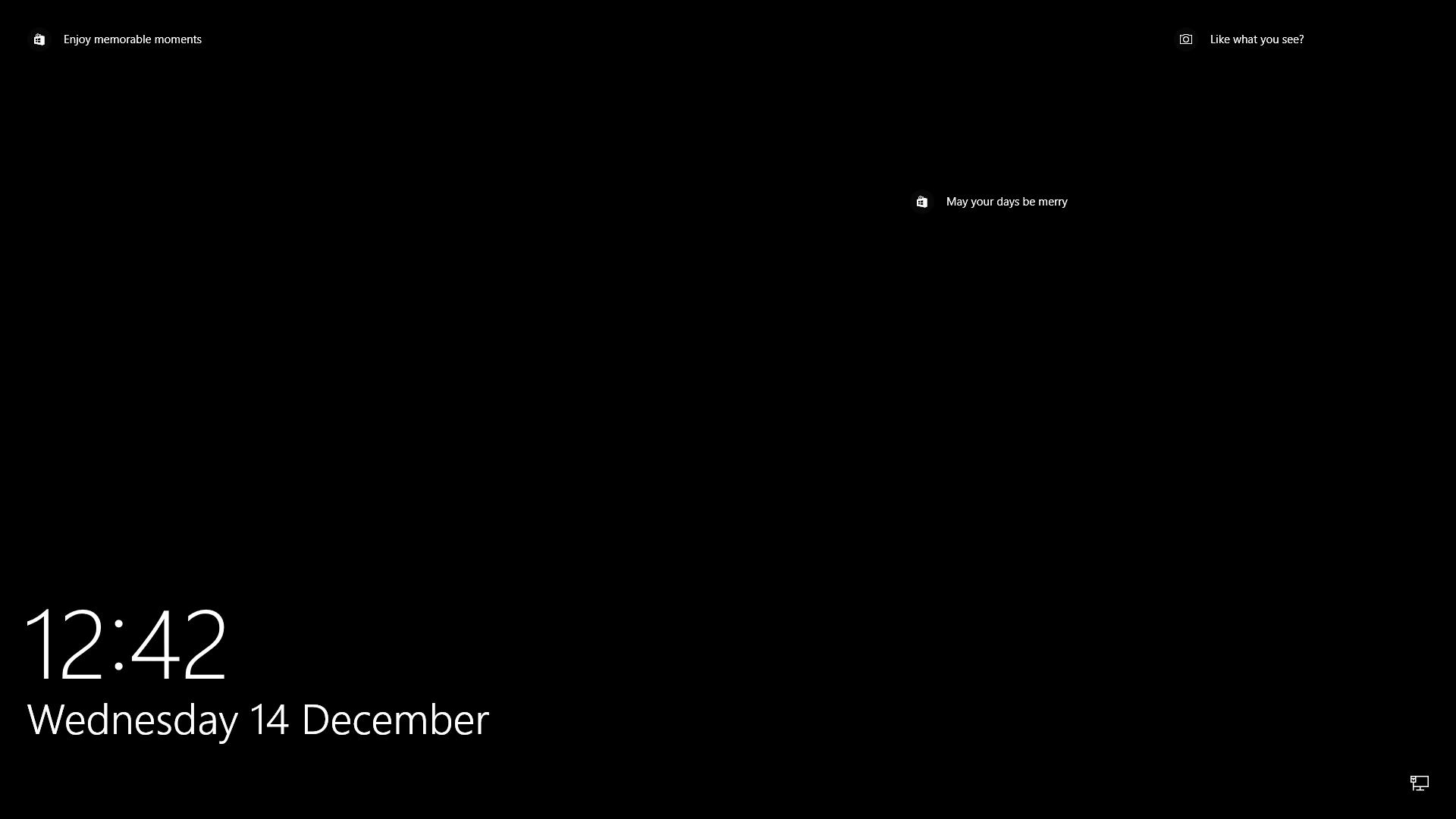 As evident, the lock screen is a mocking blackness which still has the image captions for the Windows Spotlight image that it is meant to be displaying. Further mocking ensues when proceeding to the logon screen, as the background image appears while the captions and ‘Like what you see?’ links disappear. Rating the images becomes such a palaver, you don’t bother.

The official response from Microsoft in the Feedback Hub[1:1] is that the problem was resolved ‘in builds 14390 and later’. However, I am running the current release build which is 14393.576 and the problem persists. There are tens of other reports in the Feedback Hub, and across the internet, so there would appear to be little else left that one can do to try and get the problem fixed.[1:2]

I bought a Nexus 5X in March last year and honestly it’s been the worst mobile phone I’ve owned. Despite having fairly good specs, it was incredibly slow in use and seemed to get slower with every major update. Anyway, I was

I have been running FreeNAS on an HP G7 N54L ProLiant MicroServer for a few years, including running an Ubuntu Server VM in VirtualBox running in a FreeBSD jail. However, VirtualBox support in FreeNAS had been deprecated [https://forums.freenas.org/index.php?threads/